After 18 days of quarantine that brought him national attention, Miami Mayor Francis Suarez said Monday afternoon he received a second negative test for COVID-19 and was cleared to leave his home.

“Hey guys, I’ve got some awesome news to share with you,” Suarez said on a video posted on Twitter, addressing the camera from his backyard. “I finally got my results back. My second results came back negative. So I can officially leave quarantine.”

I have tested negative for a second consecutive time, meeting the strictest CDC guidelines that release me from quarantine! I‘m deeply grateful to everyone for your support through this journey. This is a small victory in our ongoing battle to beat COVID-19. #InThisTogether 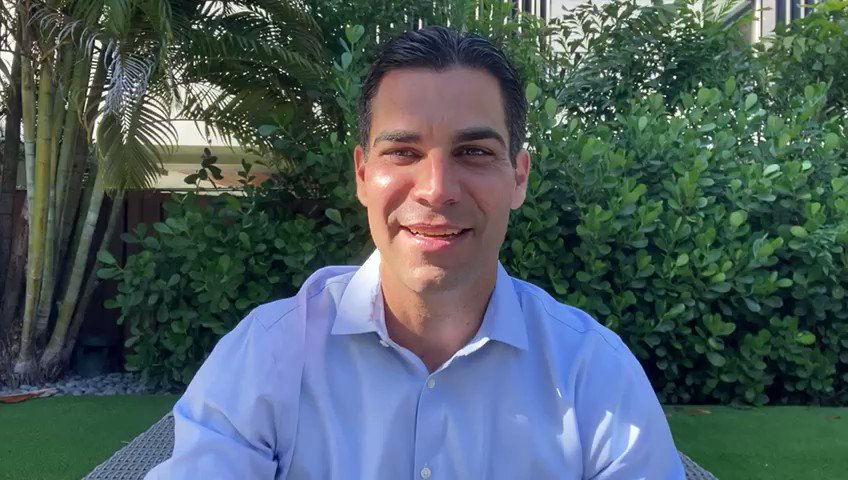 Suarez was Miami-Dade’s first publicly identified case of COVID-19, the disease caused by coronavirus, when he revealed his positive results on March 13, the day after he began self-isolation at his home. At the time, state health authorities had only disclosed one other Miami-Dade case, and that person’s identity remained a secret.

As the first prominent mayor known to catch COVID-19, Suarez gained a national following as he posted Instagram videos about his mild symptoms and fielded interviews on The View, Rachel Maddow and other news shows. He was tested after a March 9 reception in Miami with Brazil President Jair Bolsonaro.

An aide to Bolsonaro later tested positive for COVID-19, sparking coronavirus scares that briefly included President Donald Trump, who was with Bolsonaro the prior weekend.

Suarez’s positive diagnosis set off a string of testing by Miami, with a state lab processing the results, at a time when residents were struggling to be approved for rationed testing kits. Miami tested dozens of elected officials and administrators who came in contact with Suarez, including wives of city commissioners. The city cited “continuity of government” in justifying the blanket testing.

In his video, Suarez said his wife and children were on their way over “to give me a big hug and a kiss.” Then he announced a Tuesday morning press conference with more details on his testing.

In an interview, Suarez said his first stop outside his house was a brief bike ride with his children. He said he’s planning to head to the Paramount residential tower tonight for a display on the building’s digital screen synced with a new Pitbull song titled “I Believe We Will Win.”

The event coincides with the 10 p.m. arrival of the city’s nightly curfew, approved at a special commission meeting called by Suarez last week and conducted using video technology.

This article was updated to correct the name of the building that’s part of the Pitbull song performance.